Choose apache2 or nginx as a web server for serving an application.

Select web server for a project

Let’s review the usual workflow of booting a project.

On the provisioning step you’ll be prompted to choose a web server:

The apache2 is preselected by default since it was in CIKit from the beginning. Just hit enter to continue or type nginx.

When VM creation will be finished the time to create a CI droplet is come.

Warning! A project, VM for which was created to serve an application using one of web servers, cannot be hosted on CI droplet that was provisioned for another web server.

You can discard the idea of using chosen web server in favor of another one. Do so for existing VM:

Type the name when being prompted and go. Remember, that right after the action is done a web server inside of VM will be changed and this won’t affect a droplet where a project is hosted. If it’s okay to have different web servers locally and on a droplet - do nothing, otherwise remove a project from an existing droplet and add it to the one with an appropriate web server or create a new droplet and provision it from scratch.

Open the /path/to/project/.cikit/vars/web-server.yml and modify it as needed.

CIKit is distributed with general templates for creating virtual hosts for every supported web server and gives projects the possibility to overwrite them.

Copy the default vhosts.conf.j2 to the /path/to/project/.cikit/templates/apache2, modify it by desire and run the provisioning.

Copy the default vhosts.conf.j2 to the /path/to/project/.cikit/templates/nginx, modify it by desire and run the provisioning. 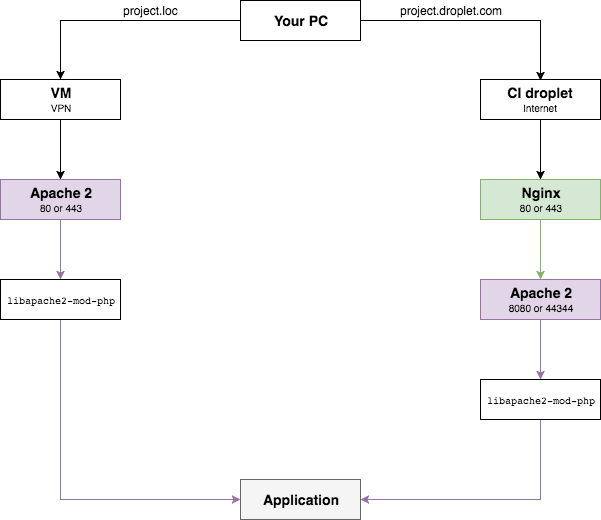 Why can’t we exclude nginx from a chain on CI droplet in a case if apache2 is chosen? Well, nginx is not only proxying a request to apache2 but serves the other tools like Jenkins, Solr and provides the general basic HTTP authentication for services and builds. 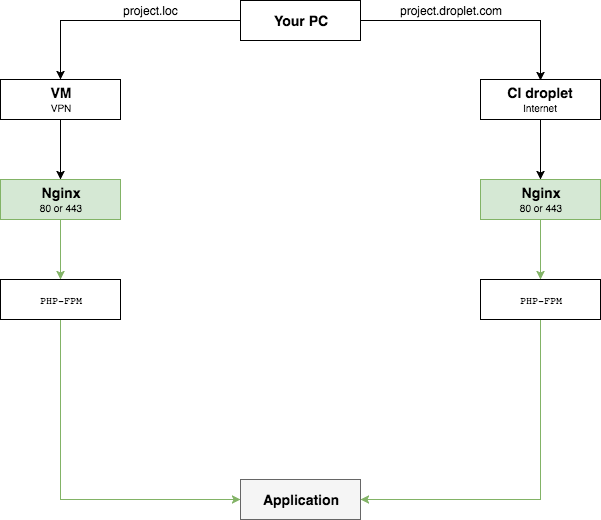